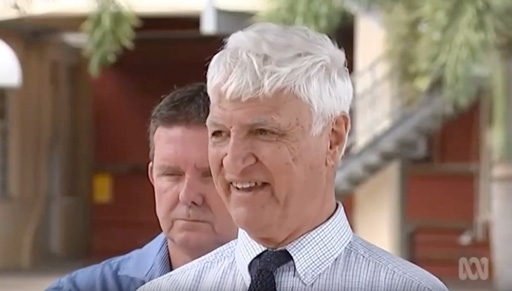 Now that 62% of Australians have given a thumbs up to marriage equality, Prime Minister Malcolm Turnbull has promised to make same-sex marriage the law of the land “down under” by Christmas.

But Christian fundamentalist and anti-LGBT legislator Bob Katter says there are other matters much more pressing that need attention.

“I mean, you know, people are entitled to their sexual proclivities. Let there be a thousand blossoms bloom, as far as I am concerned,” said Katter at a recent press conference.

But his tone switched up as he brought up an issue near and dear to his heart.

“But I ain’t spending any time on it because in the meantime, every three months, a person is torn to pieces by a crocodile in north Queensland.”

Katter has apparently been concerned about the inferred crocodile death epidemic (which actually doesn’t exist) for some time.

However, according to the Australian Department of Environment and Heritage Protection, there have been only 11 croc attacks since 1985.

While I understand how vicious a crocodile attack may be, I’m not sure it’s a good reason to put all other legislative issues on hold.