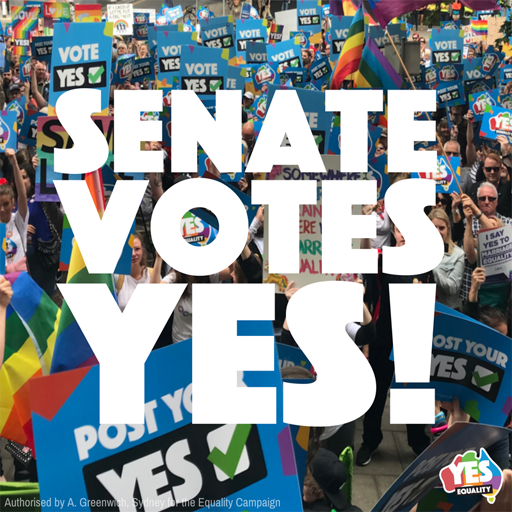 Just two weeks after Australia’s “vote by mail” survey showed 61.6% of Aussies approve of same-sex marriage, the nation’s Senate has approved a bill that would make marriage equality a reality by a wide margin of 43 “Yes” votes to only 12 “No” votes.

The issue now moves to the House of Representatives where it is expected to pass easily.

Watch below the moment when the Senate votes were announced last night.