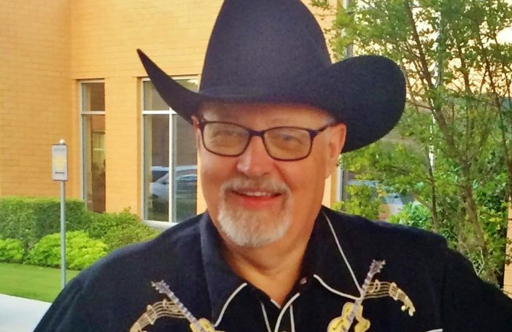 A protester armed with a gun barged into a Houston public library this past weekend in an attempt to disrupt Drag Queen Storytime.

James ‘Doc’ Greene Sr., who was previously issued a trespassing warning by the Houston Public Library for similar protests, entered the Freed-Montrose Library on Saturday at 1:45 p.m., just minutes before the monthly story time event.

When Greene refused to leave, library management called the police for help.

A spokesperson for the Houston Police Department told Outsmart Magazine, “A manager asked us for assistance because [Greene] was banned from the library, and would not leave when he was asked.”

“He was previously banned for filming children at the library, and has been known to cause disturbances,” she added. “Several officers had to escort him out.”

Greene, a conservative radio host for Raging Elephants Radio, was disarmed by the police, put in handcuffs, and placed in a police car. At that point, he began to complain of chest pains.

An ambulance was called and Greene was transported to a local hospital. The District Attorney declined to press charges.

At some point after the police arrived, Greene began recording the incident. He posted part of the video to YouTube where you can see he questions why he was being ejected from the library.

“How am I trespassing?” asks Greene in the video. “I want the law, I want to see the law. How many cops does it take to tell me what the law is?”

“You were given a trespass warning,” an officer responds. “They have requested you to not be on the property anymore.”

After several minutes of citing his status as a taxpayer and “member of the press,” at the 4:10 mark, Greene is shown the trespass affidavit but he disregards it.

The police then escort him out of the building where he declares for the camera, “We have a bunch of homosexuals that are molesting children, and they are doing it with your help.”

Organizers of Drag Queen Storytime say protesters are nothing new for the event, which features drag queens reading to children and their parents to encourage imagination and creativity.

On January 3, Chief U.S. District Judge Lee H. Rosenthal dismissed a lawsuit by anti-LGBTQ activists who were attempting to stop the events.

Drag Queen Storytime has become so popular it was recently announced that there will be additional readings added to the schedule.