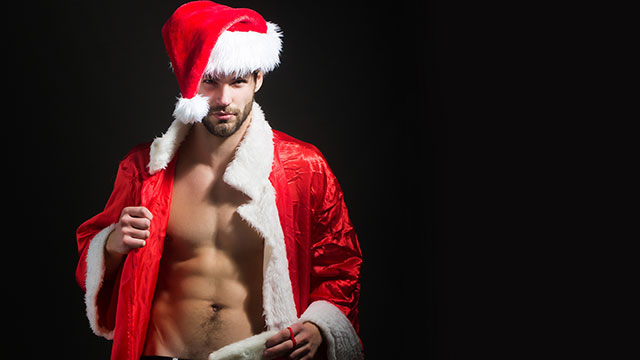 Is this a case of an optical illusion or truly some ‘kinky boots?’

Some moms decided Santa’s boots depicted on a set of ‘Santa Dipped Chocolate Sandwich Cookies’ from Target look like the big man’s junk set out for all to see.

Others though just see some snow boots (with some well-placed frosting).

The New York Post spoke to one mom, Suzie Fromer, who called the cookies a “definite design fail” and added, “I would not send these to school.”

After sharing a photo of the treats on her Facebook page as a joke, one of Fromer’s mom pals asked, “What the hell is Santa’s penis doing there?”

Nicole Miller of Knoxville, Tennessee, initially loved the cookies telling a Facebook group “Such a great treat to have on hand for parties.” But after a friend pointed out Santa’s boots, Miller admitted she “couldn’t unsee” them.

But any naughty interpretation of the snow boots was news to Target.

“We have not received any feedback directly on this item,” said Target in a statement to the New York Post. “The design is intended to represent Santa’s boots. We appreciate the feedback and will take it into consideration moving forward.”

In any case, the optical illusion continues on Twitter where some see what they want to see while others think Target moms have too much time on their hands.

Let me know what you think, readers? Are those boots or does Santa look happy to see you?

Why does that snowman have an erection?

Lol. Took me a while to figure it out… but once you see it, there’s no unseeing it 😂

Oh the hillarity of dick boots

I think target moms have too much time on their hands..

Um…. Guys they are stockings or boots

Just goes to show: once you go chocolate you don’t go back.

How does a white as snow Santa have a big black cock?