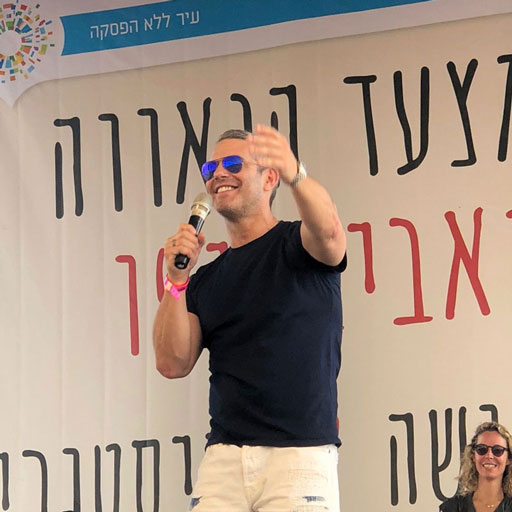 Today, a quarter of a million people from around the world gathered in Tel Aviv today to march in the largest ever pride parade in the Middle East where Bravo’s Andy Cohen served as this year’s International Ambassador.

“Celebrating Pride in Tel Aviv is a beautiful celebration of gay rights and visibility in a region where many of the neighbors cannot live as their true selves or be who they were born to be, which makes it all the more special for this massive coming together in support of equality to be taking place in Tel Aviv.”

This year’s parade marked 20 years to the City’s first pride parade and payed tribute to the pioneering activists who played a key-role in promoting LGBT rights and visibility in Israel.