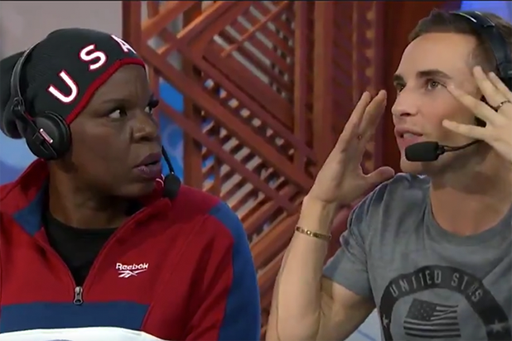 You may recall NBC Sports flew Jones to Rio in the middle of the 2016 Summer Olympics when her Twitter commentary took over the Twitterverse.

And, of course, we know NBC Sports had hoped Rippon would join their team for the remainder of the PyeongChang games as a correspondent, but the charming Rippon decided against taking the offer choosing to remain an Olympian and marching in the closing ceremonies.

Via Twitter, Rippon shared: “I am flattered that NBC wanted me to work as a correspondent for them here in PyeongChang. Doing this would require me to leave Team USA and move out of the Olympic Village. I don’t want to do that so I had to declined the opportunity.”

He added, “I love being on Team USA and representing our country. My teammates were there for me during my events, and now I NEED to be there for them. I look forward to being with them, and I’m very excited for the rest of the competition. Go Team USA!!!”

Watch Jones and Rippon in action with Scott Hamilton below.

“Are they getting in trouble for how sexy they are?”@lesdoggg and @adaripp commentating on @tessavirtue and @scottmoir‘s short dance is everything we could have ever wanted. AND MORE. #WinterOlympics https://t.co/fmMl0C4Amf pic.twitter.com/ykkNvv7L5p 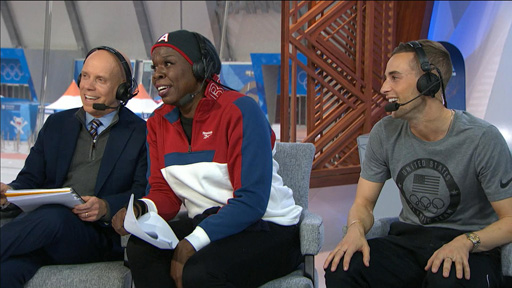