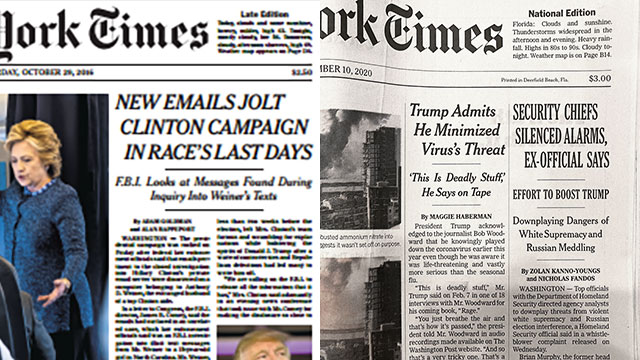 An interesting example of how the media can frame an issue.

Below is the headline from the New York Times the day after the FBI announced it thought it had found a trove of missing Hillary Clinton emails. It turned out they were wrong, but the announcement swayed the election away from the Democratic presidential candidate. 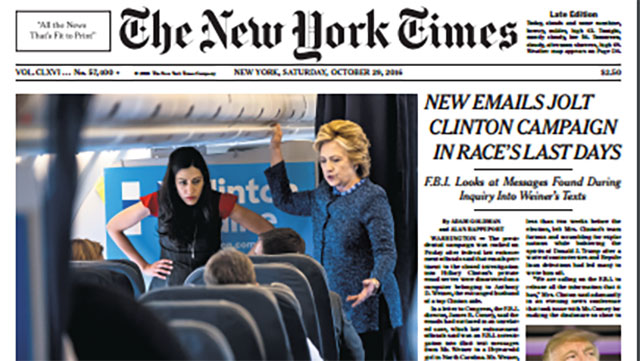 And then next, today’s banner on the Grey Lady the day after we learned an actual PRESIDENT lied to the American people about the severity of a pandemic that has killed nearly 200,000 Americans.

Notice how small that is? #ThingsThatMakeYouGoHmm 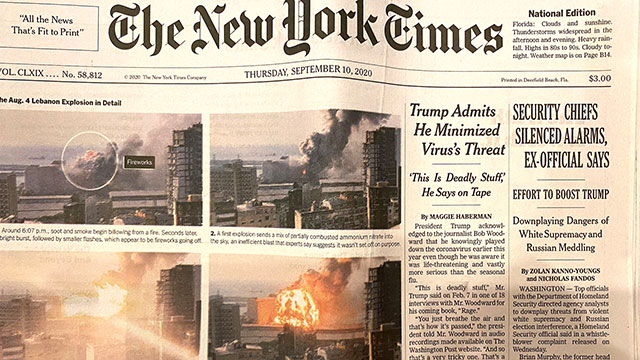