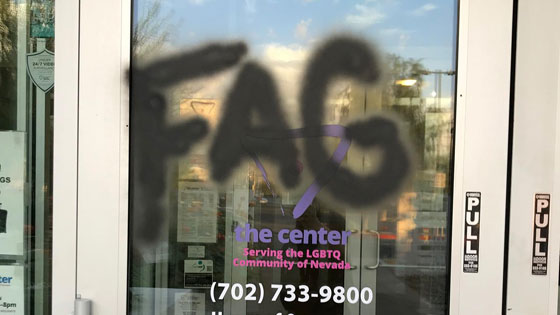 The LGBTQ Center of Southern Nevada, which serves the greater Las Vegas area, shared via social media that their facilities had been vandalized for the second time in three months.

“We woke up today like any other day, but on this day we’re met with a reminder as to why we are still needed,” read the Facebook post. “The second act of vandalism to our Center in three months.”

“Hatred will not stop us, it shows us more and more that we need to stand taller, shout louder and love harder,” continued the statement. “We are The Center.”

The Las Vegas Review-Journal reports the Metropolitan Police Department has released two videos showing the vandal and a person of interest. The video shows a man spray-painting the word “FAG” onto the building’s door.

An arson attempt was made on June 27 with surveillance cameras capturing a lone man trying to rip down a Stonewall banner. Failing in that attempt, the video showed him setting fire to a palm tree nearest the building.

The Center also reported a propane tank was found near the tree. 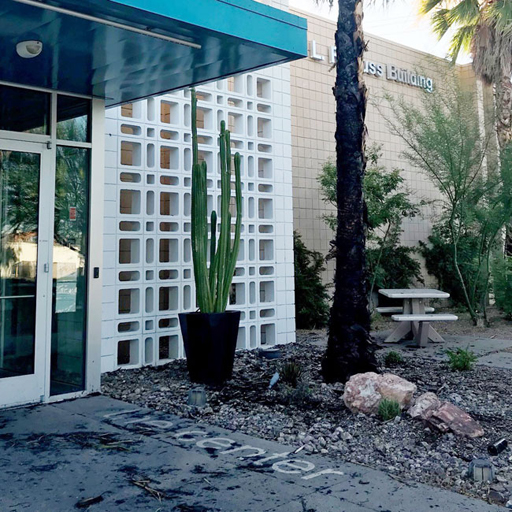 In June, workers at The LGBTQ Center of Southern Nevada arrived to find evidence of an arson attempt 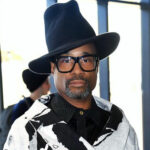 PEOPLE Names Billy Porter One Of The 'Best Dressed Of 2019' 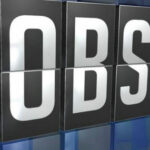 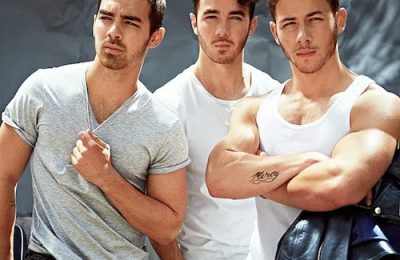 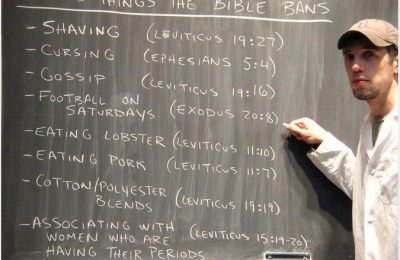 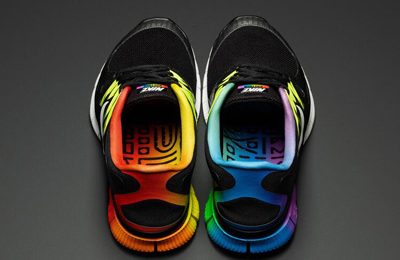